To help address this problem, Katalon introduced the new recording capabilities with several key benefits to help automation engineers improve their working processes and the quality of tests. This advanced recording is the feature not only useful for test automation beginners but also for experienced engineers.

Katalon’s new recording is designed to generate effective, efficient, and maintainable tests that can be collaborated among team members. With this enhancement, the recording becomes an essential part of Katalon Studio.

2. Why is advanced recording needed?

Record & Playback is incredibly useful for beginners to start within their automation career as it helps generate and execute automation test easily and quickly. However, this approach has several major drawbacks when it comes to using in professional contexts, including :

The recording capability depends heavily on a capture engine such as Selenium Webdriver which does not fully address the complexity of modern user interfaces. The generated test scripts may not be playable and fragile to changes in the AUT. For example, modern UI framework such as AngularJS has dynamically generated ID for HTML components. Therefore, scripts created by ID locator approach which is popular in recording will be more likely not playable under a small interface change.

Test cases generated from recording are linear, and they are difficult to be reused across test cases and suites. Moreover, the recording process is usually not designed in such a way that encourages automation engineer to leverage existing scripts.

In automation testing, maintainability is always the main concern in any long-term projects as the maintenance cost of test scripts can be enormous if the AUT is changing.

In Katalon Studio 5.5, the recording capability has been improved with the spirit of Advanced Recording: efficiency, effectiveness, maintainability, and collaborativeness.

Continue to record from an existing test case

Test steps and corresponding dependencies of the selected test case are loaded to the recording window as shown below. 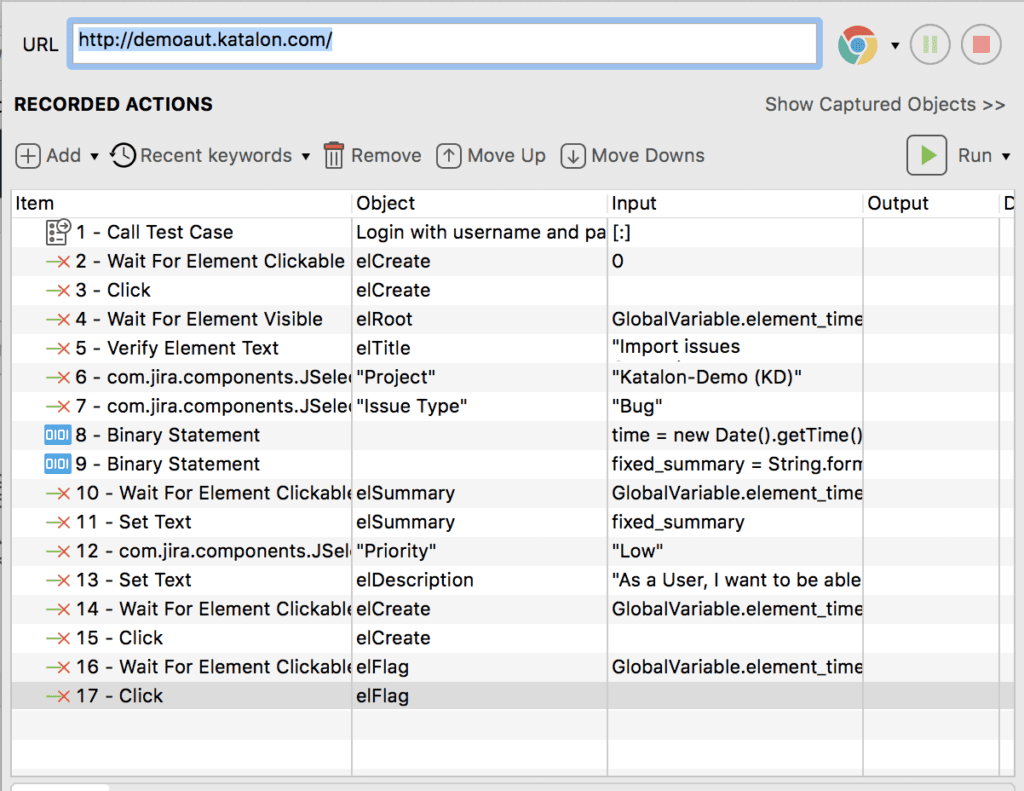 Be able to fully edit the test case while recording

During recording, most test step types can be added. The Variables section is available for editing. Test objects in the object repository can also be customized throughout the recording process and are synched with the objects in the test steps. 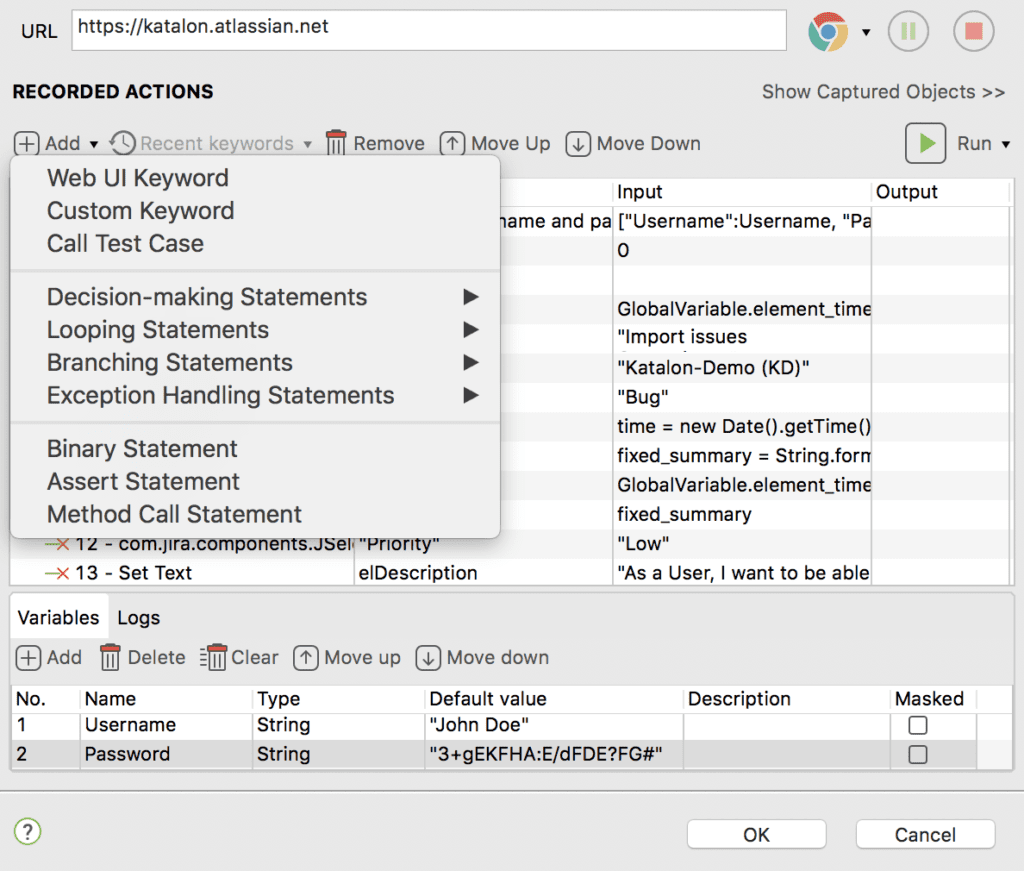 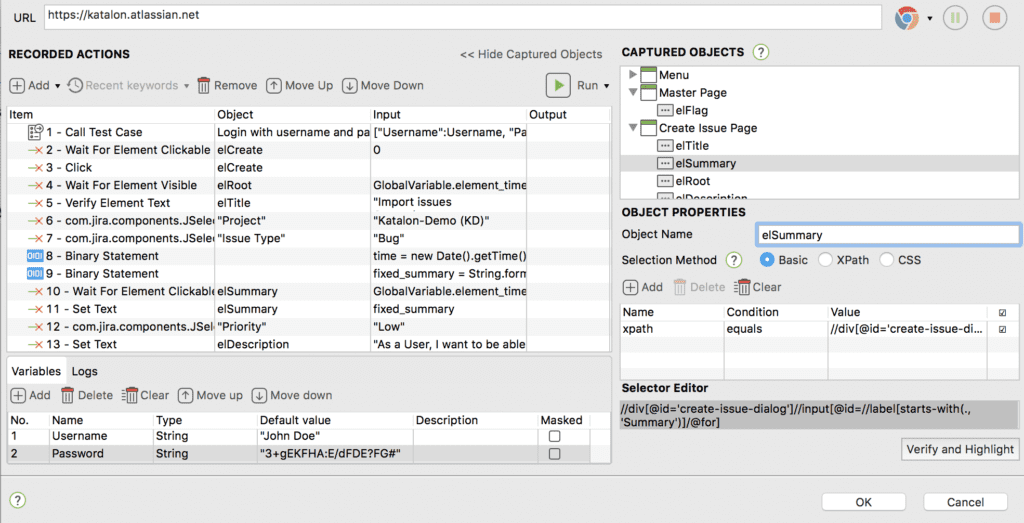 Be able to execute specific steps while recording. Multiple options for executing test steps such as Run All Steps, Run Selected Steps or Run From a Selected Step are available. Logs and execution status are also tracked properly. 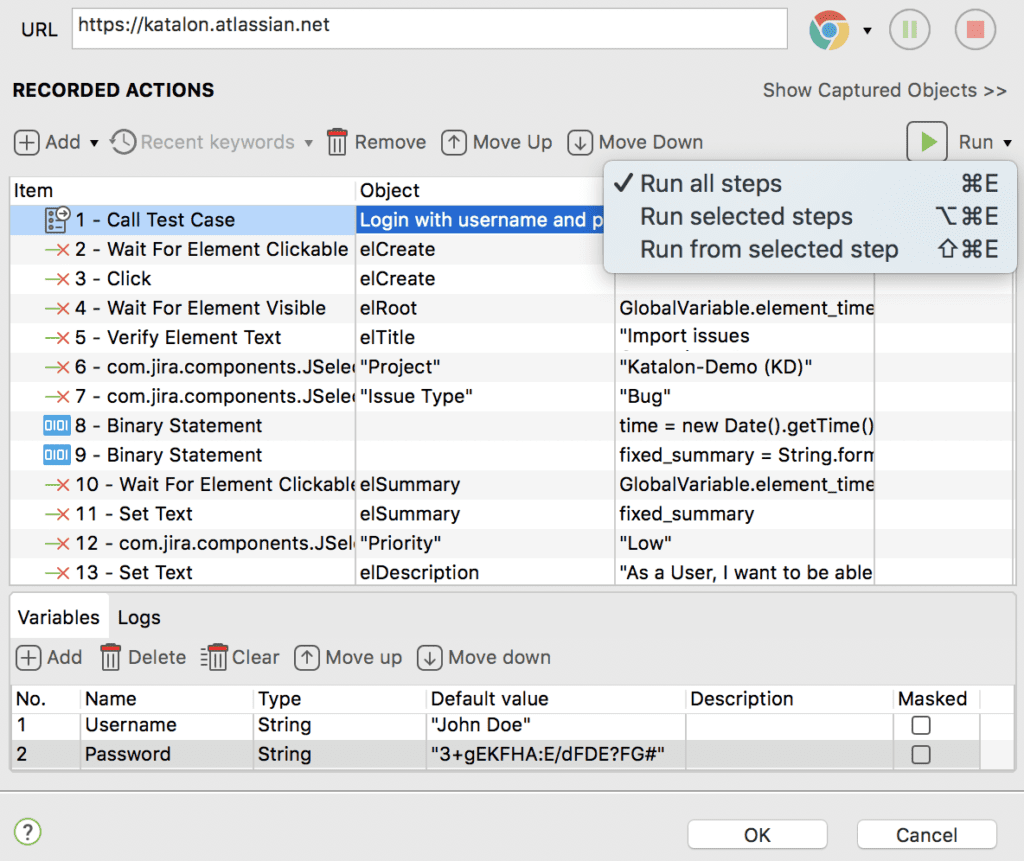 After recording, there’s an default option to merge recorded test objects with the existing ones if their names match. 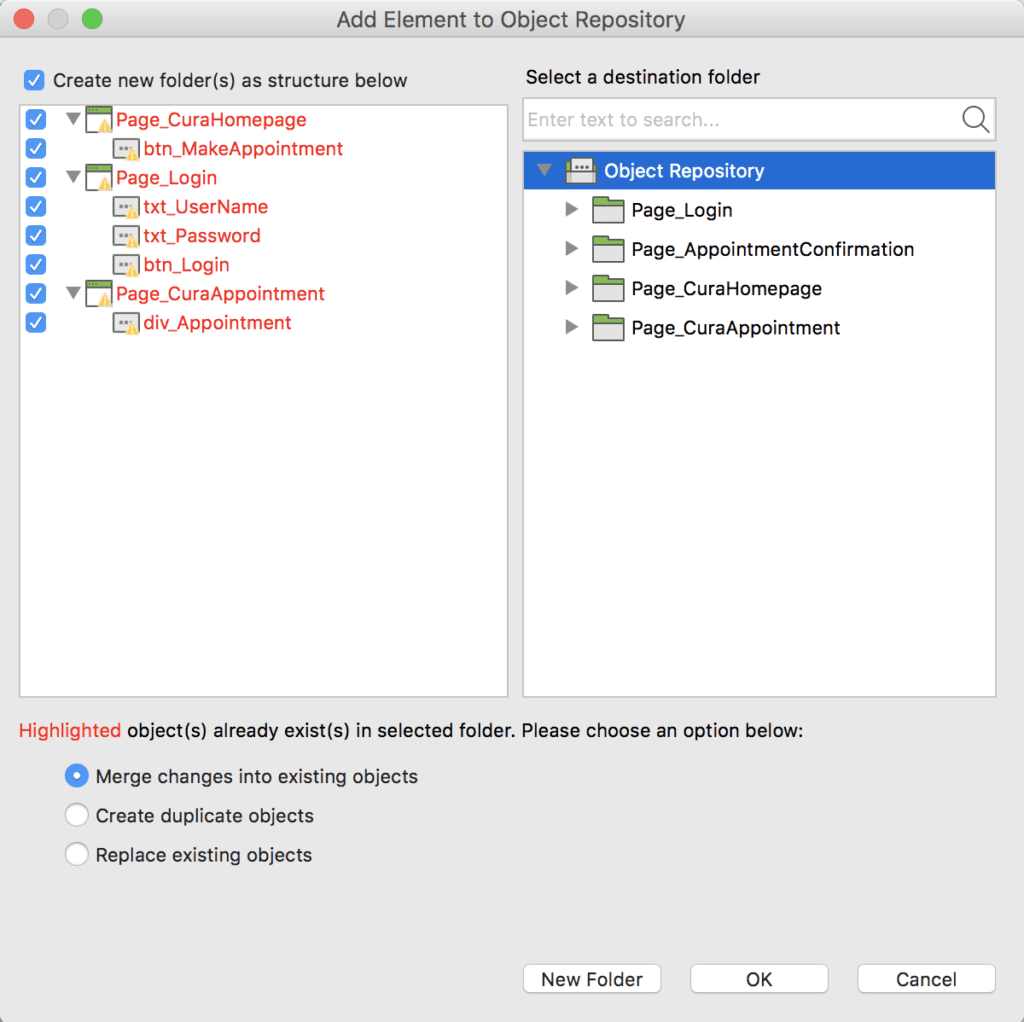 Benefits of the new recording

With the above functionalities, the new recording provides the following benefits:

Katalon Studio continues improving its features to be the best that a test automation solution can offer. More features are under development to be released in the near future. Below are some:

Explore more powerful features of Katalon Studio v5.5 which help your automation testing easier than ever before.