One of the advantages of Katalon Studio is that you can execute automation test without launching Katalon Studio IDE by using command line mode execution. Users use this function to run execution batch files or planning jobs in CI Tools. This easy-to-follow guide will walk you through steps on how to execute test cases using the command prompt.

1. Open the command prompt and navigate to the Katalon Studio folder that contains katalon.exe file. For example: 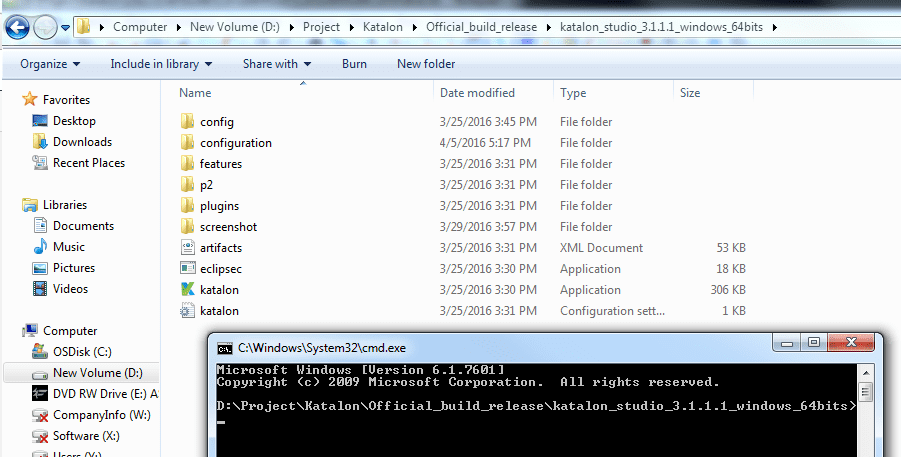 Here’s the list of options supported in the “katalon” command:

Instead of typing directly in the command prompt, you can quickly generate commands to execute test suites by following the steps below:
1. Click on Build CMD from the main toolbar.

2. The Generate Command for Console Mode dialog is displayed as below. Configure your options as needed. 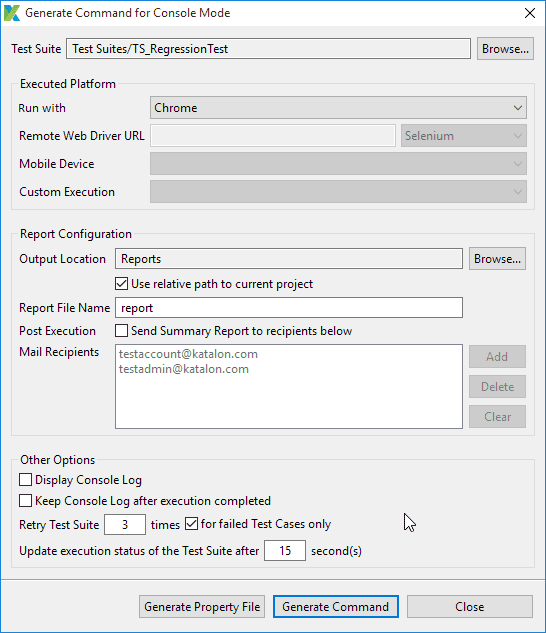 This dialog has the following options:

3. Click on Generate Command after you complete the configuration. The command is generated and shown in a dialog as below 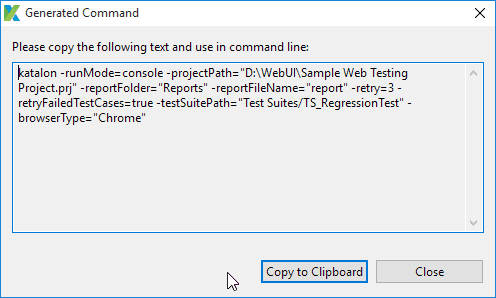 4. You can Copy to Clipboard and paste it into the command prompt for execution. 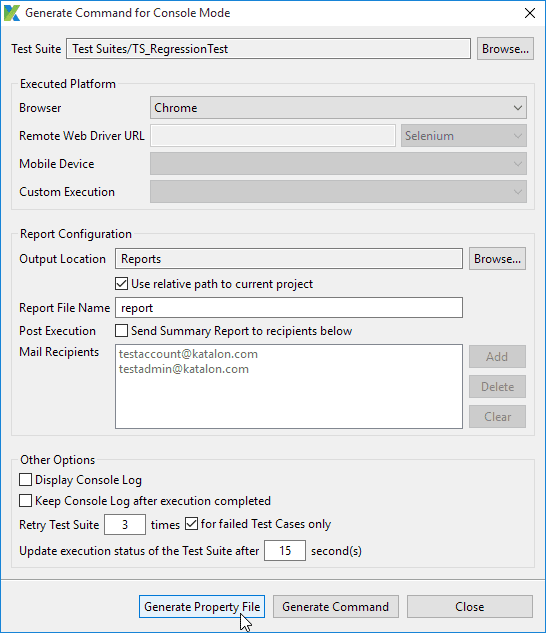 2. The console.properties file will be generated to your preferred location. You can open and update the parameters manually as needed.For example:

4. You can add extra Katalon command options to this command. Any option already defined in the console.properties file will be overwritten by the one declared on the command line.

This command runs the test on IE instead of Chrome as browserType is set to IE.